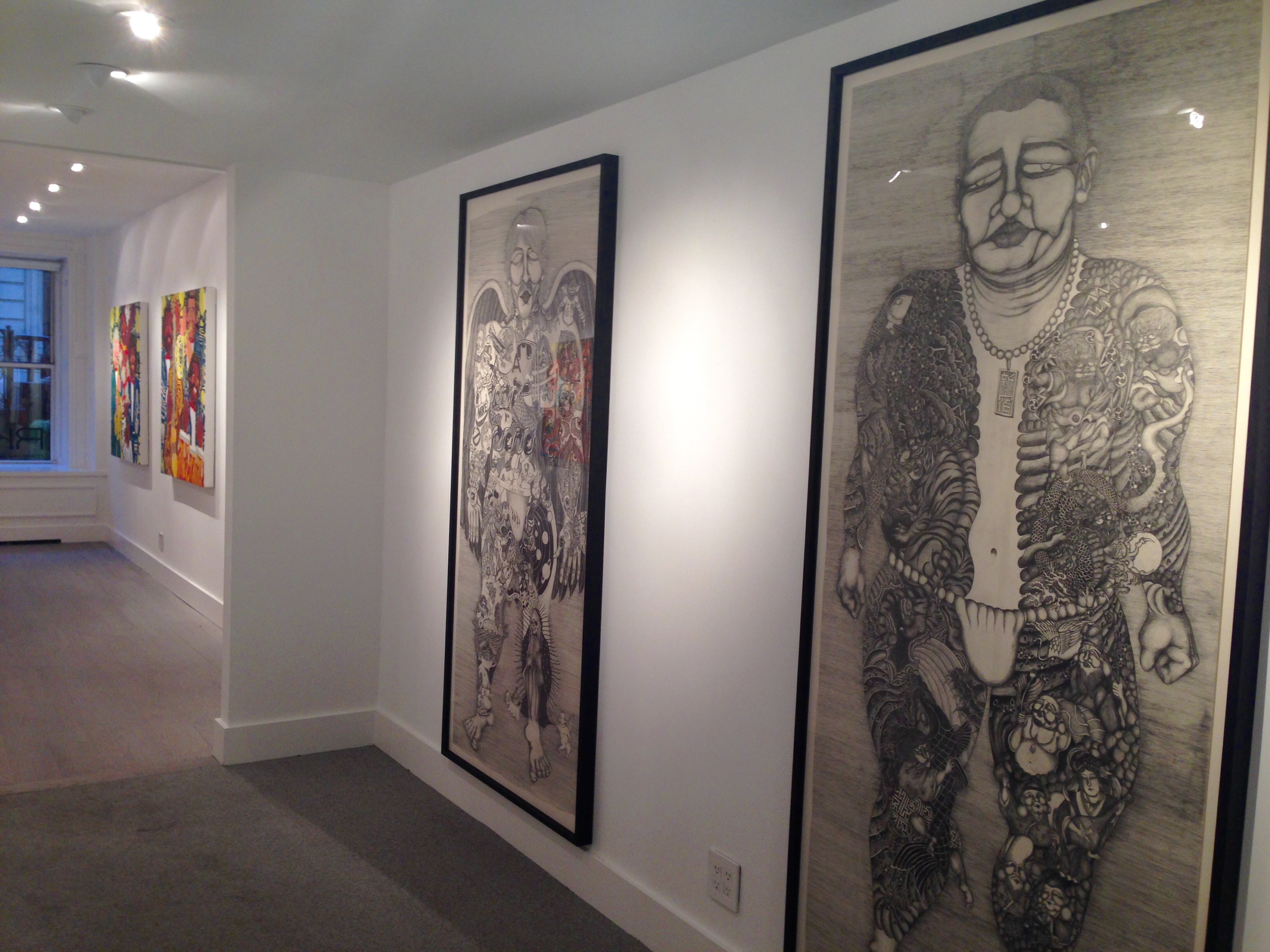 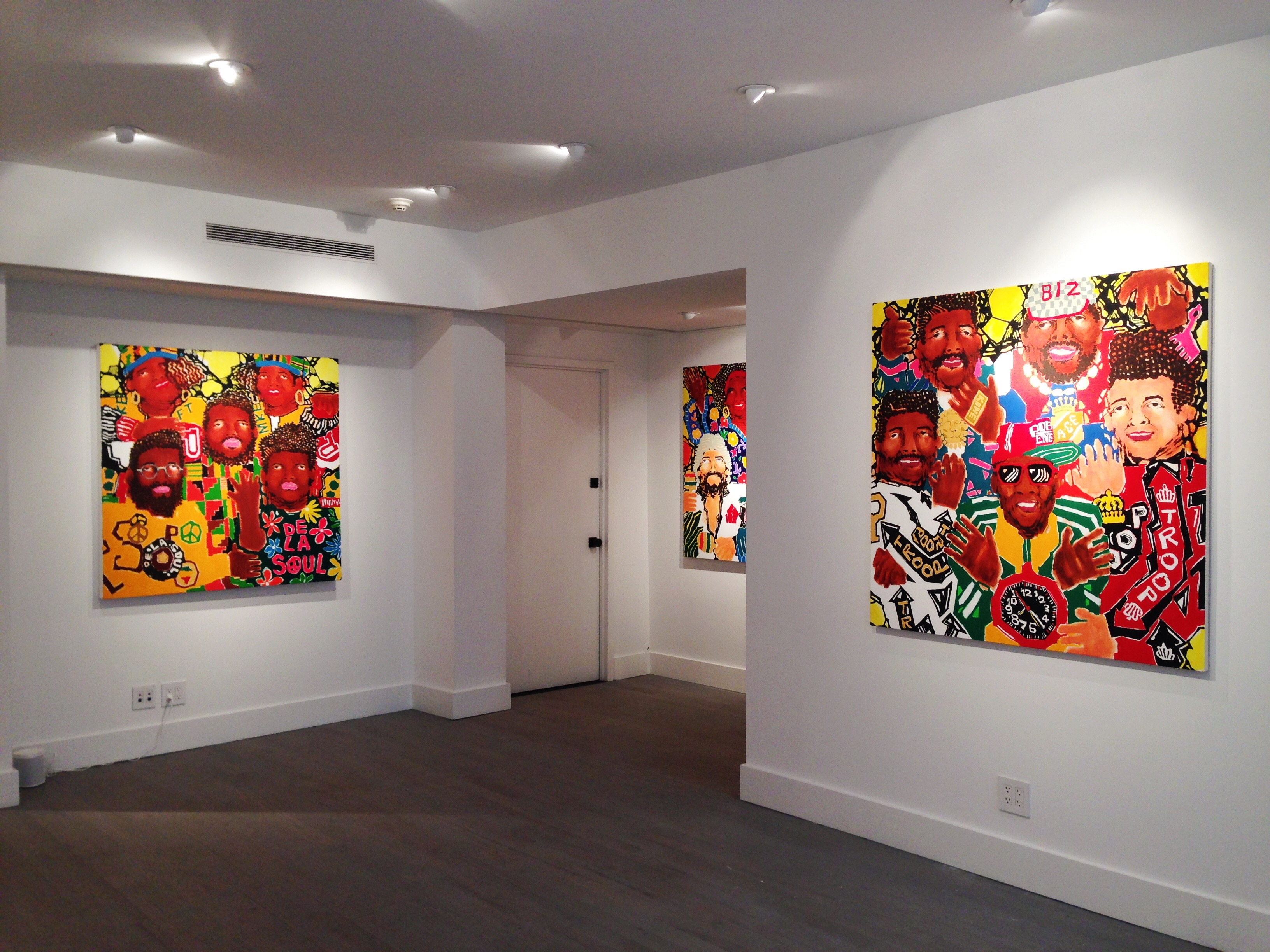 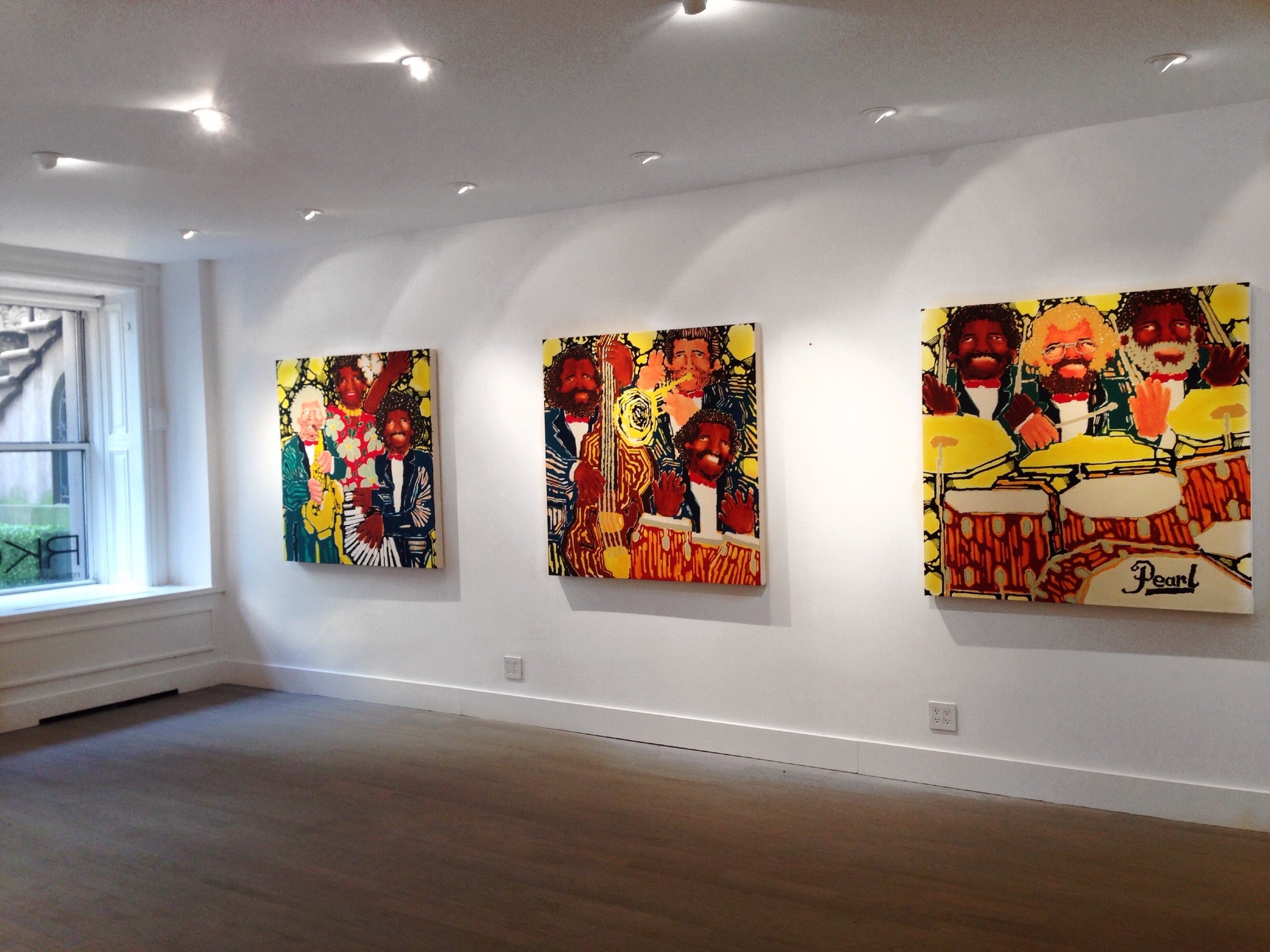 Paintings and Drawings by Koichi Sato

Koichi Sato (b. 1974) is a self-taught New York City based artist originally born in Tokyo. Having grown up influenced by the abundance of images in television and sports, his paintings generally focus on the playful reinvention of these images in bold stylization, pattern, and color. He is fascinated with old American magazines, often using photos from these as primary influences for his intriguing and downright funny paintings. He began his career as an art outsider, forgoing traditional or institutional training entirely to paint primarily whimsical portraits of faces. More recently, Sato has worked in multiple series of full body group portraits of television/movie casts or sports figures like cheerleaders, baseball players, wrestlers, and most prominently: body builders. When asked about the specifics on his repeated choice to paint bodybuilders, Sato remarked he saw a “cool picture in Playboy Magazine” and thought it was funny. He noted that, while his paintings are meant to make people laugh, he “loves the people in [his] paintings,” — he’s not making fun of anyone. His portraits are works of positivity and happiness that shine a fresh and friendly perspective on images of people that one may be accustomed to overlooking. This sense of happiness made apparent in the comically stylized faces (often painted purposely square and disproportionate, with an intense grin) and exaggerated bodies is echoed in Sato’s celebratory use of color and pattern. “I love yellow,” he has said. The patterns in the background of Sato’s group portraits help to flatten the portraits further, crowding the group to the foreground. The flatness echoes the flatness evoked in a photograph on a magazine page, his main source material. However, as closely related as his imagery can seem, Sato confirmed out that his work is more than a reiteration and heavily based in his own conceptions: “While I’m painting, I give my imagination a chance.” Ross+Kramer Gallery is excited to present a solo exhibition of Koichi Sato’s work, opening March 6, 2018.