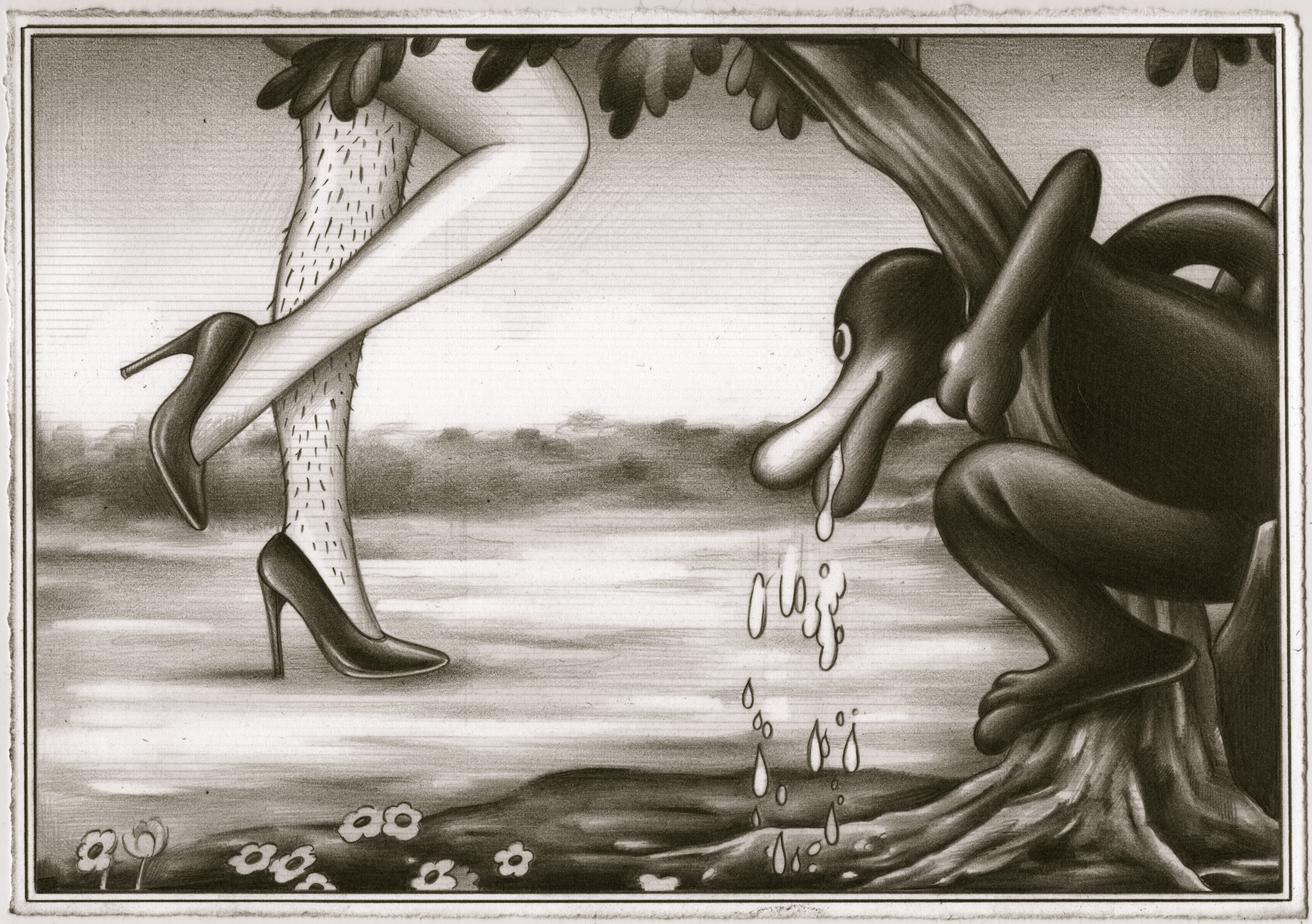 Danger is my Maiden Name

Ryan Travis Christian’s surreal personal narratives are fueled by the absurdity of life in his small, suburban-Chicago hometown. The untidy lifestyles of contemporary humanity are all hanging out, including heavy petting, drugs and alcohol, beaten-up cars, fireworks and death. Christian’s idiosyncratic vision, influenced by vintage political cartoons and hand-drawn animation, has recently expanded to include commentary on current crises in the nation and world at large. Tackling hot political issues such as immigration, depression and the American dream, Christian’s historical precedents become a mirror reflecting many common concerns of the present, warts and all. His small daily drawings touch upon a vast array of topics (the economy, violence, the environment, gender, class, hope, doubt, and the afterlife) as they muse on the technological and material obsolescence of his cartoon and animation influences; Christian doubles down on the paradoxical relationship between childish cartoons and ominous messages. Ryan Travis Christian’s solo and two-person shows include the Contemporary Art Museum in Raleigh, NC; The Hole, New York City; Guerrero Gallery in San Francisco; Halsey McKay in East Hampton, NY; and Cooper Cole in Toronto and has been included in group shows in London, Rotterdam, San Francisco, Philadelphia, Brooklyn, Baltimore, Dallas and Los Angeles. His work has been written about in frieze, art ltd, Art Papers, New American Paintings, Daily Serving, Indy Week and the Associated Press. New City named Christian as one of Chicago's "Breakout Artists" for 2010 and named by the same publication as one of Chicago's "Top 50 Artists' Artists" in 2012. DAZED recently named Christian as one of the "top ten artists working with monochrome." He is represented by Western Exhibitions in Chicago and lives and works in the Chicagoland area.