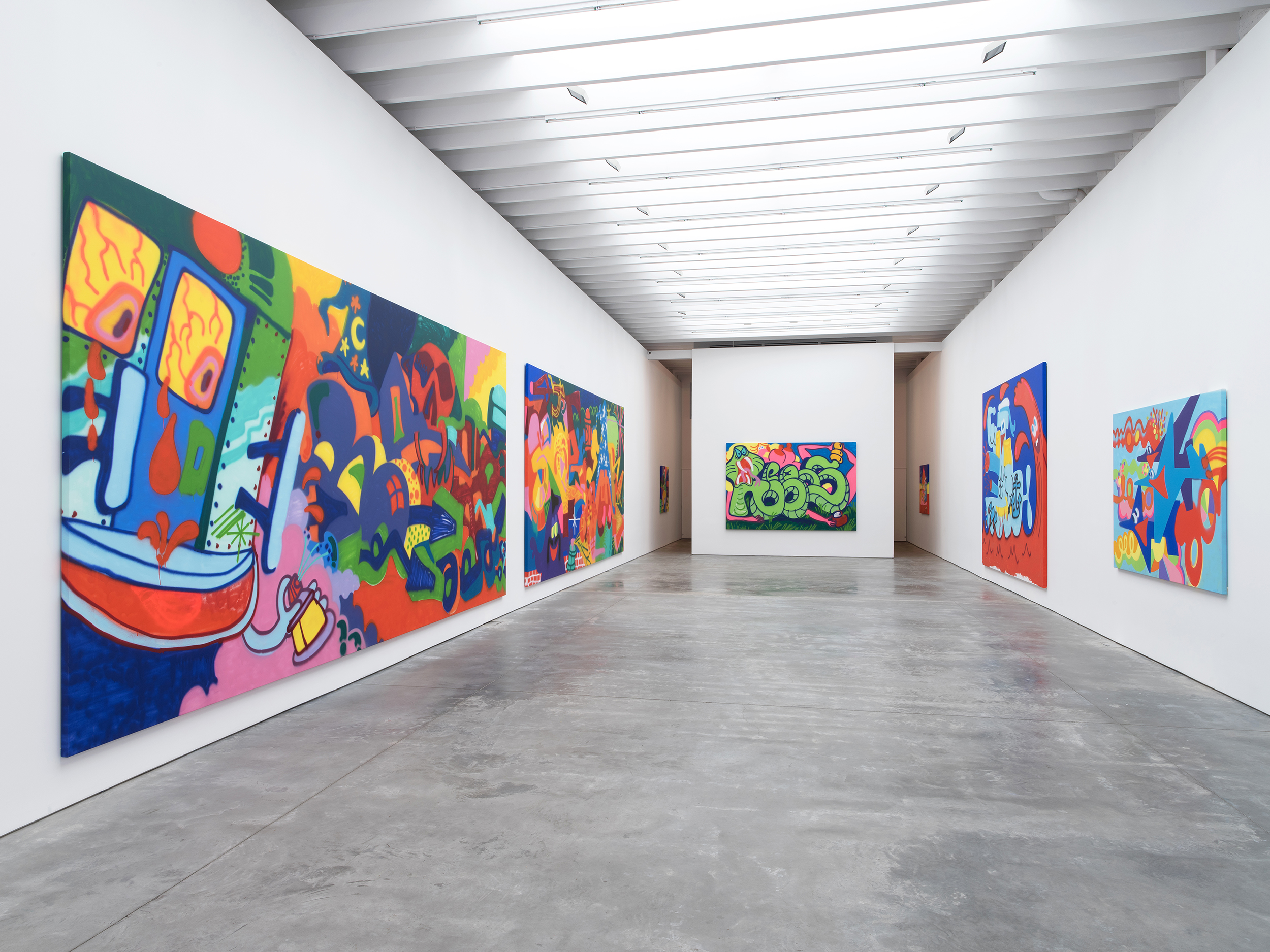 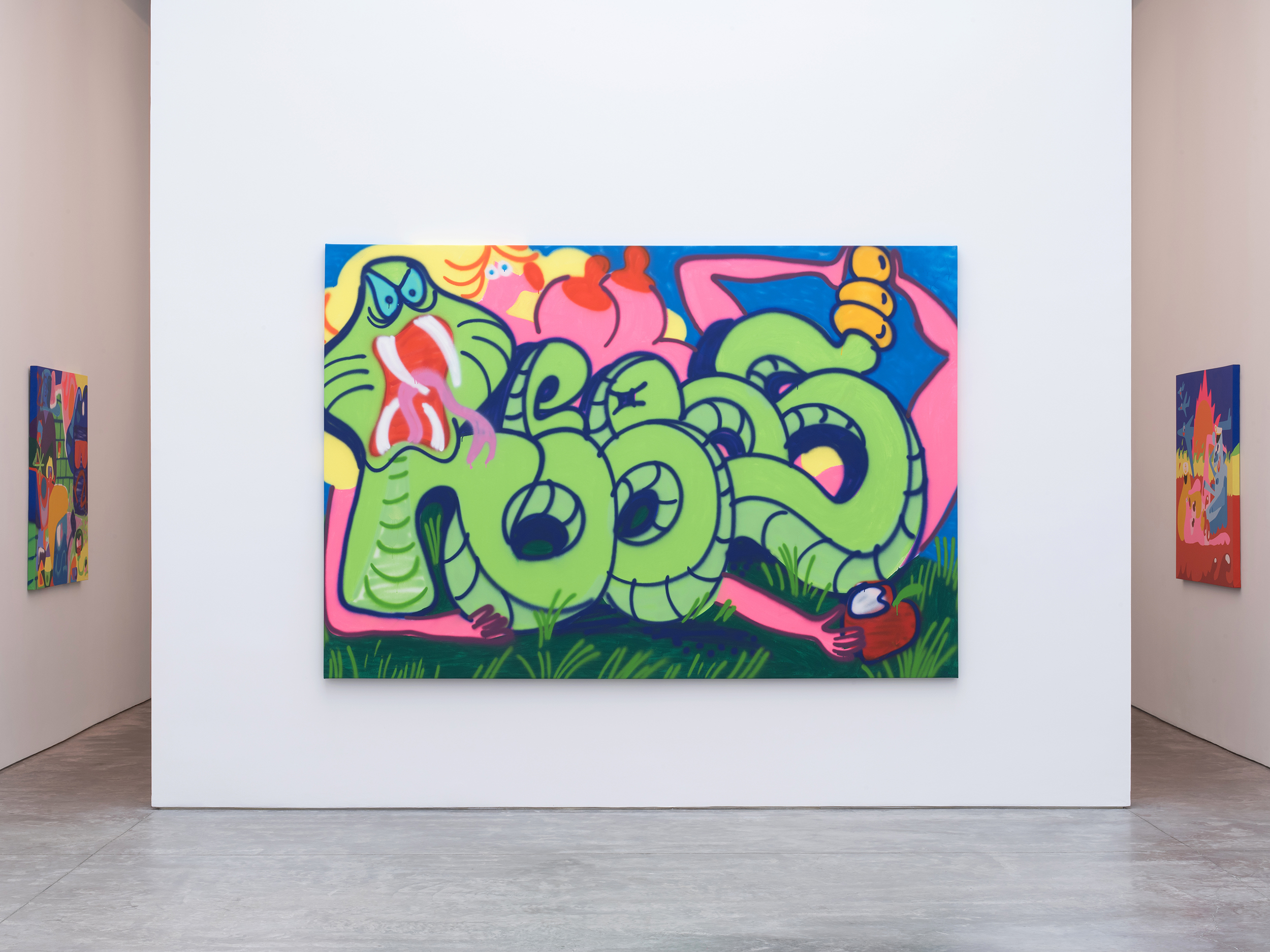 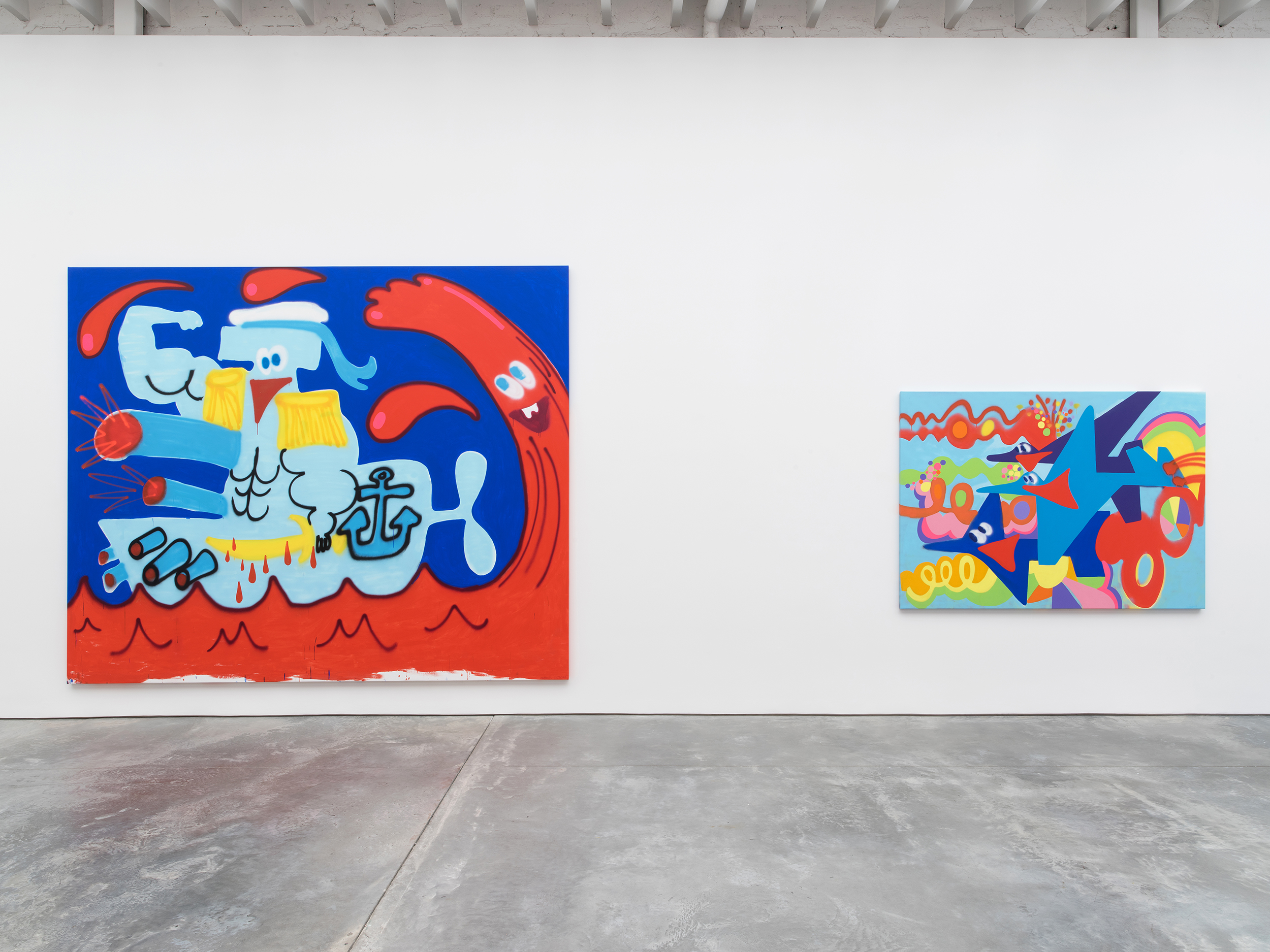 In his paintings, James is able to draw from the multiplicity of his experience and a deliciously promiscuous relationship to “high culture” and mass media. In tandem to his painting career James has found success as a commercial artist, making iconic album covers for Iggy Pop and the Beastie Boys as well as designing those iconic MTV bear costumes for Miley Cyrus and all of the puppets for the cult-favorite television series, Crank Yankers. However, writing about Todd James in 2008, friend and peer, John Lethem observed: “James... gives fresh evidence of the continuity between the graffiti impulse and the critically sanctified “mark-of-the-hand” tradition in mid century American painting, raising the questions what a Pollock or Gorky might have done on the side of a moving train.”