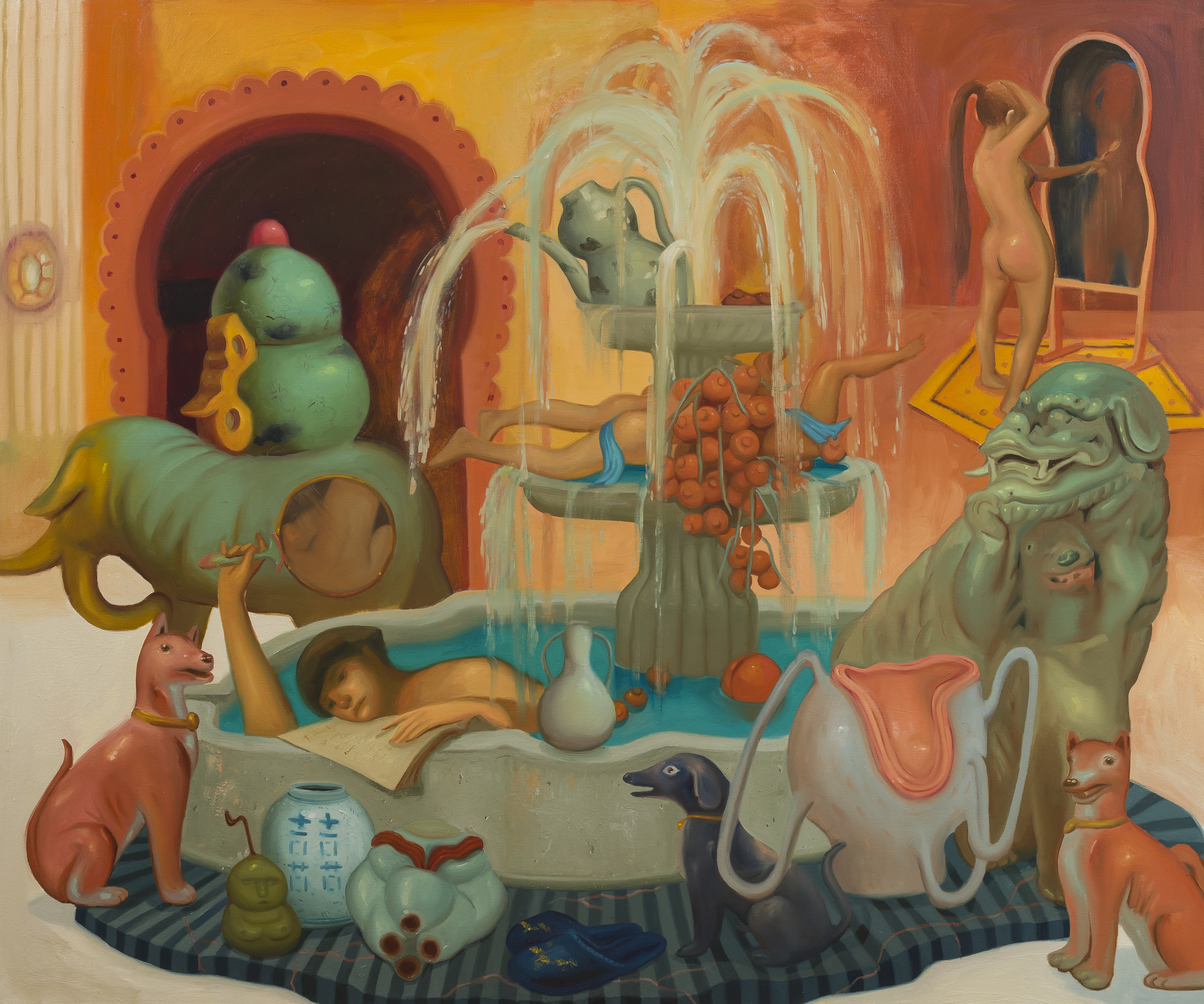 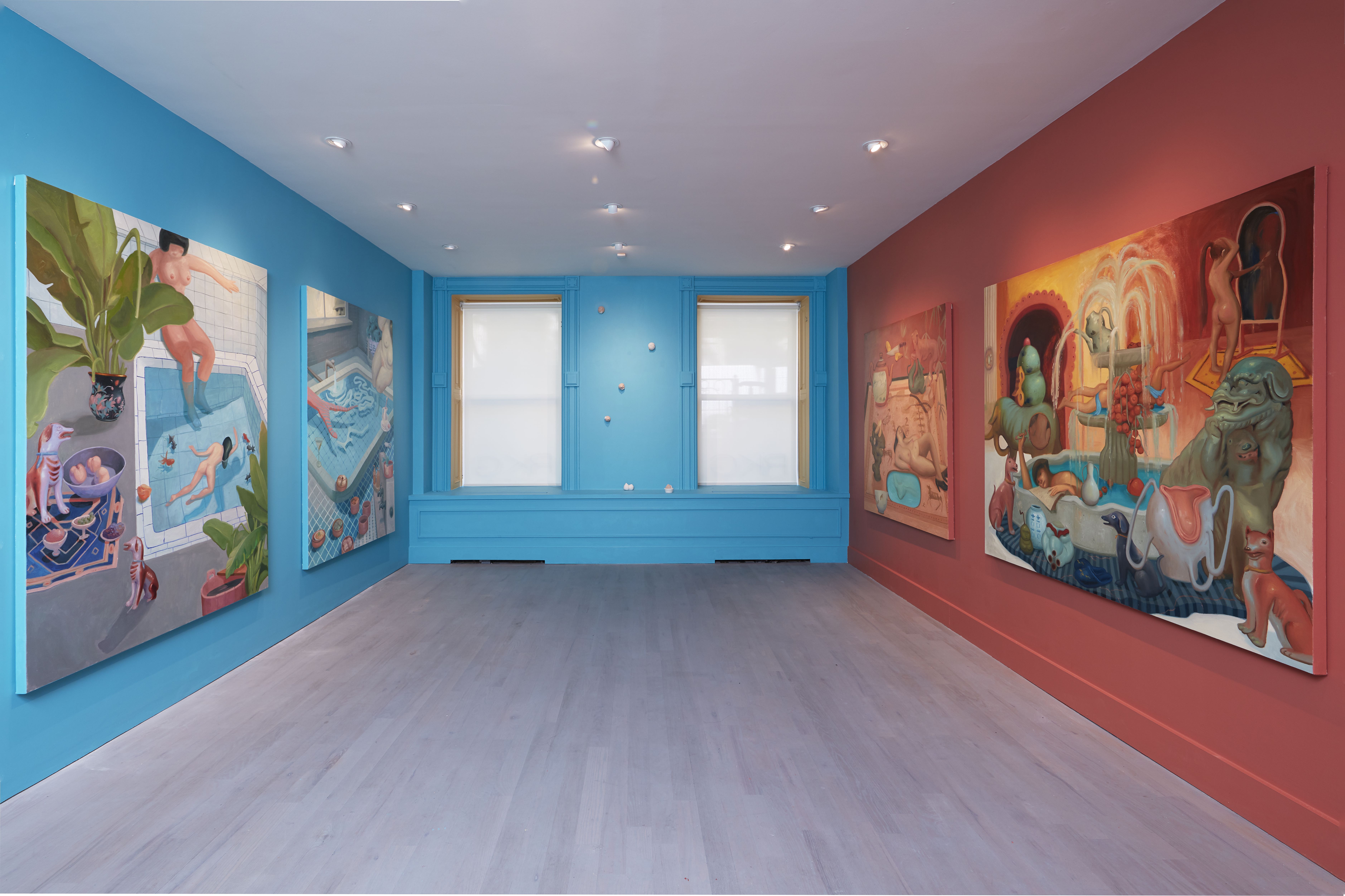 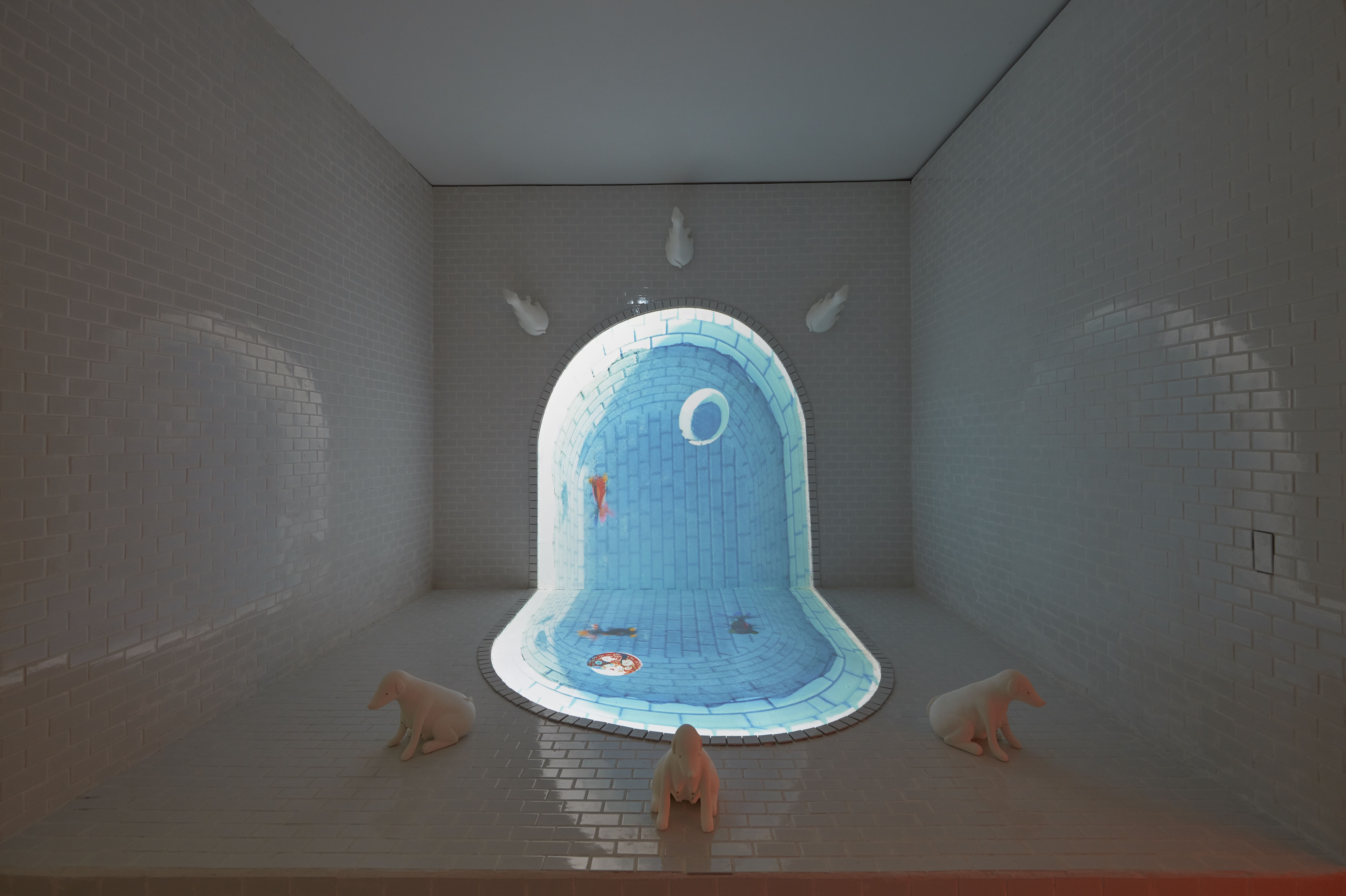 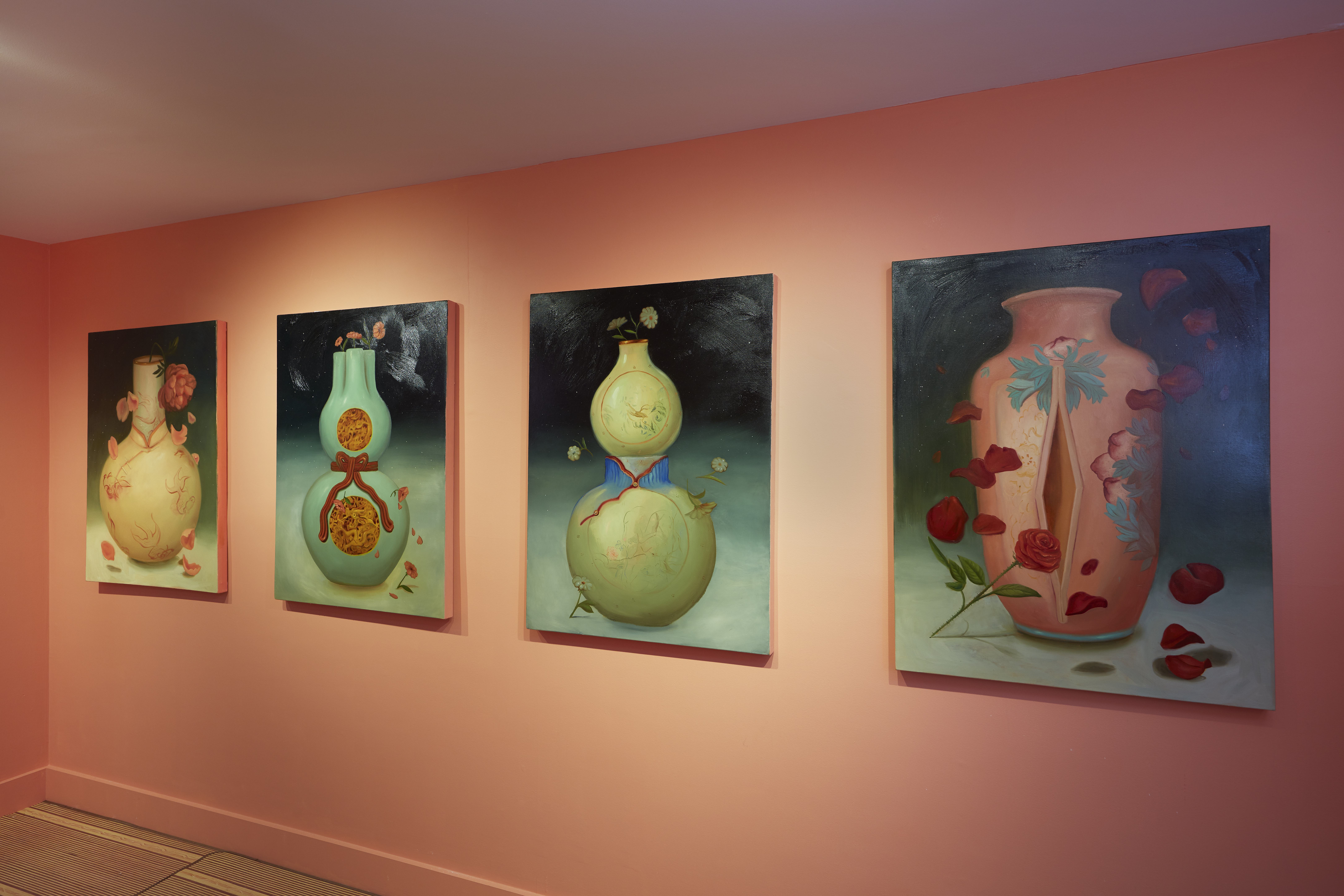 “What is more European, after all, than to be corrupted by the Orient?”                             - Richard Howard                                        The postcolonial discourse of the term “oriental” is a European invention of an artificial binary in opposition of the Western world (occident) ideology. The Orient is a fabrication and a fetishization and a form of “othering” the societies and peoples who inhabit the places of Asia, North Africa, and the Middle East. The mystified bodies and spaces in European art history and French Orientalist paintings depict fragments of the east that never existed. Through painting Orientalizing tropes of period artifacts, Dominique Fung subverts the fantasies and dangers of the “Orient,” reclaiming the space once inhabited by false narratives as her own. Her paintings often evoke a world of genteel pleasure, using the aesthetics of enjoyment, the decadent, and exquisite colours upon the first gaze, but uncanny surrealist ideologies underpin a subtler and subversive critique about history, culture, and contemporary life. The creamy and sensual painted bodies, baths, fine china, ‘oriental’ rugs, rose petals, slippers, knick-knacks, and food coexist in a surreal multilayered pictorial space. Expanding upon this imagined space is the collaborative installation that exists physically at Ross + Kramer Gallery. Curator Ché Morales has worked closely with the artist to create an immersive experience that echoes the feel of an inviting bathhouse. The installation uses colors and iconography directly inspired by the narratives present in Fung’s paintings. Cast sculptural elements and tiled walls reinforce the fantasy created by projection and sound while the viewer treads carefully across a bamboo floor. The work is an active re-framing and investigation, dismantling hugely damaging fantasies and narratives encoded into Orientalist ideologies around the ideas of exoticism, eroticism, the ‘foreign’ body, the primitive, the feminine, the infantile, and the cosmetic. Each painting is an individual negotiation between the inside and out, the container and the contained. The objects that look out from the canvas are often more animated by spirit than the figures, who lack eyes. They confront you. Who is doing the looking and who has the agency?  Are you inside the body or are you the object? Or are you here for the spectacle?